Posted on September 27, 2018 by davidpiotrowski

During the past few months, we have seen extensive delays in the Michael Antonovich  Antelope Valley (Lancaster) courthouse when it comes to processing unlawful detainer eviction cases. This has been especially true post-trial, after the landlord wins the case and obtains a judgment for possession. In particular, the clerks of the court have been unreasonably slow in issuing a Writ of Possession. A Writ of Possession in required by the sheriff to enforce the judgment and perform the lockout. So, in effect, by taking so long to issue a Writ of Possession, the clerks of the Michael Antonovich Antelope Valley (Lancaster) courthouse are delaying unreasonably the enforcement of the judgment by not timely issuing the Writ.

To give context, the Los Angeles county courts used to issue a Writ of Possession over the counter. This means the clerk would issue the writ and hand it back to the landlord or his agent immediately. Other courts, such as those in Ventura county, still do that. Landlords are able to get the writ of possession while they wait at the courthouse, within just a few minutes.

Today, other courts in Los Angeles county, while they no longer issue writs over the counter, will promptly process writs normally within a few days of having received it for processing. This timeframe is reasonable and acceptable.

But, Lancaster court is a different story. We have been seeing the clerks in Lancaster take 3-5 weeks to issue a writ of possession, which, by personal knowledge, we know only takes a few minutes to process. By allowing this huge processing delay, the tenant receives several weeks more time in the landlord’s rental property, even after the landlord won the case and obtained judgment.

We encourage you to contact the court and put pressure to have writs issued in a timely and reasonable manner.

If you are a landlord, we offer a free consultation on most cases. 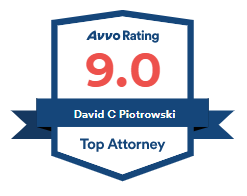